We are dedicated to sharing this important and fascinating work with you in the clearest and most useful ways possible.

We have both completed a full-time three year training course, have taught extensively in private practice and have been involved in the training of new Alexander teachers. We are members of both Gesellschaft für F.M. Alexander-Technik Österreich and The Society of Teachers of the Alexander Technique and adhere to a published code of ethical and professional standards. 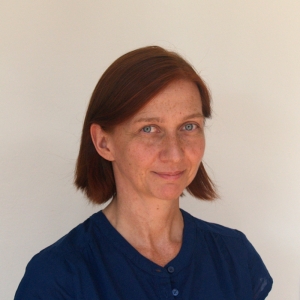 Regina Stratil trained 2011-2014 with Karen Wentworth in London. Before she moved to London to study Alexander Technique, she had graduated from Vienna University (degree in Historical Comparative Linguistics/Indo-European Studies) and then gathered valuable experience in different jobs. She is practising Aikido, a Japanese Martial Art, since 1993 (currently at the Aikido Union Graz).

Regina is running her own Alexander Technique teaching practice since she qualified as a teacher: From 2014 to 2018 in London and since 2018 in Graz. In 2017 and 2018 she was also teaching at two teacher training courses in London – The Alexander Technique Studio and the Constructive Teaching Centre – for a term each.

Regina and three colleagues pioneered an initiative to explore teaching the Alexander Technique (AT) to individuals with a Parkinson’s Disease (PD) diagnosis. As part of this group Regina gave workshops and individual lessons to people living with PD and their carers and was instrumental in organising specialised post-graduate training for AT teachers in the years 2016 to 2018. More on this initiative here. 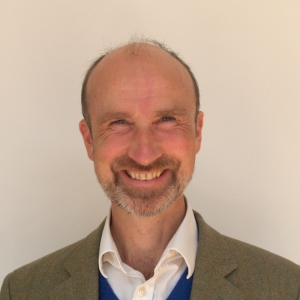 Jean M. O. Fischer trained 1984-87 in his native Denmark. After two post-graduate terms at the Constructive Teaching Centre (CTC) in London in 1988, he taught for one year at CTC. Between 1990 and 1995 he lived in Leeds where he taught for five years at the North of England Teacher Training Course in the Alexander Technique.

He has been assistant director at The Alexander Technique Studio’s training course in London 1997–2012. He taught at the Constructive Teaching Centre (CTC) 2011–2015 and has given CTC workshops at the International Congress of the Alexander Technique in 2008, 2011, and 2015. He gave the F. M. Alexander Memorial Lecture in 2013. He has given various other workshops for teachers and the general public since 1989.